Sebvest Financial Services Group invests in strategic organisation by acquiring equity. We are always on the lookout for promising ventures and established companies with whom we can partner for success.

The Group prefers to recruit what we term the “A” players, which summarily means, Highly Qualified , Highly Skilled and Vastly Experienced with proven track records. Our group comprises of the entities detailed on this page.

The AYO Group empowers organisations across Africa through technology. We solve real-world business challenges through strategic partnerships that are helping to shape the future of the continent. Our services and offerings elevate processes, enrich experiences and fuel growth.

Leverage your data for decision-making, business strategies and process improvement.

Align your internal processes and resources to meet the needs of changing business models.

Develop and deploy the right digital tools and products for your users and customers.

Connect existing infrastructure to millions of devices for a single business view.

Security governance, compliance and standardisation of complex IT infrastructures and business processes.

Levmet has a conservative approach to trading base metals and hard commodities, concentrating on highly liquid product flows and exploiting low risk arbitrage. Since inception, the Company has been profitable through the commodity cycle. Levmet takes risk management very seriously – all trading positions are systematically logged, managed and realised through tight risk management systems.

COMPANY BACKGROUND: Formed in 2012, the Company is privately owned by management and a group of senior employees. Levmet has quickly established itself as one of the market’s leading non ferrous and bulk commodities traders despite a period of global recession and declining commodity prices.

The Company is both a futures and physical trader; the business is primarily focused on metals and hard commodities including copper, iron ore, coal, steel, aluminium, zinc, nickel and other minor metals.

Levmet actively trades on The London Metal Exchange with over $100bn notional value of trading annually.

Led by Ashley Levett the team has an outstanding track record of quickly building profitable businesses. Levmet now has an excellent opportunity to significantly expand its franchise and significantly increase its market share.

The Company’s vision is to expand upon its current trading capability into other familiar products and related business areas to become a diversified, fully integrated and significantly profitable trading company.

ITEC addresses technology challenges in your business processes and then manages the operational implementation of that solution as a service. We are a Level 1 B-BBEE accredited vendor providing all the services your business needs in one place, including document management, communications, and security, which all have the option of being cloud-based and mobile.

Our team has both strategic and operational expertise in the hardware, software and technology powering these services. After identifying your requirements, our team suggests the most cost-effective combination of owning, integrating or renting the systems that will run your technology, then we manage them for you so you can build a mobile, agile, connected business.

SKYCO Media Solutions is a trusted partner for 360, turnkey Digital Out Of Home (DOOH) solutions with easy remote accessibility and advanced multimedia possibilities – a link between brands and OOH TV.

Project Planning and Sourcing: It starts with having in-depth understanding of the client’s requirements. With that knowledge we plan and source the correct hardware and software

Implementation: From the first step of the project to completion we work along to ensure proactive involvement and seamless transition of the cloud media management system

AVUKE operations link the upstream and downstream entities. Its operations mostly include resource transportation and storage, such as pipelines and gathering systems.

Avuke’s downstream operations include prospects in refineries and marketing. Avuke’s services is to turn crude oil into usable products such as gasoline, fuel oils, and petroleum-based products. Marketing services help move the finished products from our energy projects and from others to retailers or end users. 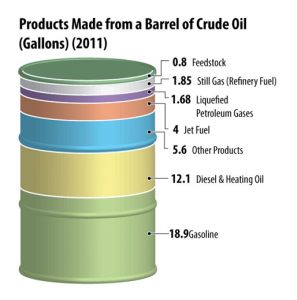 Sebvest Engineering is a leading engineering company based in Boksburg, Gauteng Province in South Africa. The company focuses on Rail Engineering, Compressed Air Engineering and Filtration Engineering. Sebvest Group owns the controlling equity in the engineering firm with over 20 years of engineering excellence.

Formerly Compressor & Engine Engineering Pty Ltd (C&E), was one of the largest compressed air,  specialist companies in South Africa. C&E was founded in 1989 and has its main manufacturing facilities in Boksburg, Gauteng Province in South Africa. Sebvest Group acquired the majority equity in the company and repositioned Sebvest Engineering to focus on:

// 2011 // Appointed a Distributor for SCR Range of Rotary Compressors

Based in Johannesburg  SMM Agency offers Integrated Marketing & Media Group specialising in Corporate, B2B and Retail communications. SMM Agency creates compelling branded experiences across a wide range of touch-points—experiences that people remember, respond to, and share. Our strategy based approach means that we partner with clients over a sustained period of time as we transform brands into high flying rally points for clients and customers. We have deep experience in all media and aspects of marketing. Our in-house market research capabilities enables us to advise and guide our clients to achieve success more efficiently than trial and error methods.

It’s not enough to just place an advert on TV, radio, in a magazine, on a billboard or in a newspaper. We help you create a strategically perfect go-to-market strategy that will guide the content and placement of clients’ advertisements.

Brands have moved from being trademarks, to promise marks. They also outlive the products and services they represent. This coming together of science and psychology is not only built by customer experiences, but the “best brands” are driven by the brand owners initiative in brand development.

We offer professional web design services and our talented designers are skilled at translating your requirements for corporate web design, event web design, e-commerce web design, integrated apps for android and ios and more, into an outstanding website development products that have a highly enjoyable user experience.

Based in Gauteng and yet able to coordinate events anywhere in South Africa, nothing is too difficult for our clients, no deadline too tight, no order too tall. Perhaps that’s why, in such a fickle industry, many of South Africa’s most well-respected brands continue to use our services year after year.

We are privileged to count companies such as  Cell C, SITA, Anglo Platinum, City of JHB, JHB Road Agency and Johannesburg Development Agency as long-term clients.

To truly blow your guests away, your choice of entertainment is critical. Make sure performers are not only top notch, but right for the event and audience. It’s always tempting to opt for personal style preferences but if you do so, your event may not feel integrated. And it probably won’t resonate with the guests. Having been involved in the music industry for thirty years, we offer advice on the correct style of performer as well as attesting to their professionalism and reliability.

From the sourcing of venues and accommodation to the booking of the appropriate speakers, right down to a seamless registration process and the impeccable organization of all the connected social events, we will ensure the entire experience is as stress-free and worthwhile for you, as it is for your delegates.